Hostels DO Fly in America! 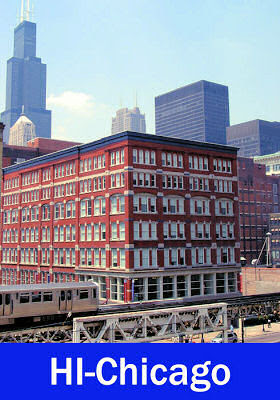 I'd like to retract an observation I made in the previous entry on hosteling: "The concept really doesn't fly in America." Turns out I was wrong. Americans might not choose to use them, but the hostels are there!

A scan of HostelWorld reveals there are far more hostels in the United States than I thought. For New York City alone, HostelWorld lists 47 of them! That's comparable to a European city. There tend to be more restrictions, however. Some require a passport and out-of-state ID, and I am miffed to find that a few won't accept people over 40. (What's the rationale for that? Are we too wild and crazy?)

The bottom line, though, is that you can hostel in New York as easily as in Paris or London, albeit at slightly higher prices (especially considering the 13% city tax). That's a blessing, because New York is otherwise difficult for budget travelers. (The hostel options in New York were very limited in the 1980s, when I stayed at a very creepy one in Mid-Town.)

Well, I guess that blows away my original thesis. Apparently hostels DO fly in America!

That certainly wasn't the case in the 1980s. Back then there were the AYH hostels and little else (American Youth Hostels, now Hosteling International-USA). I wonder if HostelWorld can take credit. A traveler with a bus pass can apparently do very well in America. There are some significant gaps, and there will probably be long stretches of Middle America where you'll be sleeping on the bus, but it looks like you'll find berths in most of the major cities.

You learn something new every day! I was going to rant about flaws in the American character that prevented hostels from taking hold here, but that's moot now. (I never miss a chance to dis' my country!)

Maybe flaws in the American character prevent Americans from using hostels here. I'll bet the bulk of the guests at American hostels are foreigners who are accustomed to hosteling elsewhere. You haven't heard about hosteling in America, have you? Apparently, that's because it does no advertising and the mainstream media rarely mentions it. Your average American just wouldn't think of it.

But now I've let the cat out of the bag! If you thought you couldn't visit New York City because you can't afford a Manhattan hotel, now you have an option. Now it's up to you whether you can adapt to the hosteling lifestyle.

Now that I know about all the new hostels in the U.S., will I use them myself? I might, but probably not often. Even at $30 a night, the cost adds up. That's over $900/month, about the same as an apartment of my own (which I can't afford). In the U.S., I can usually get a rental car for $30, which gives me both a place to sleep and transportation, so that's what I would probably choose when camping doesn't work.

In San Diego, for example, the weather is usually good, and you can't beat the $0/night I pay at my Camp Site Beta. When the weather turns bad, however, I might be forced into alternate accommodation. My first option is to flee town; the second is to rent a car, and the third would be to use a hostel.

In Europe, the environment is a little different. Rental cars are much more expensive and often less useful than public transportation. Hostels seem a little cheaper and provide free WiFi™, which I can get for free in the States but that you have pay money for in Europe.

Still I could use U.S. hostels for special fill-in situations when I can't camp or find a cheap rental car. (I used them a lot in my student days when I couldn't rent a car.)
Posted by Glenn Campbell at 4:33 PM