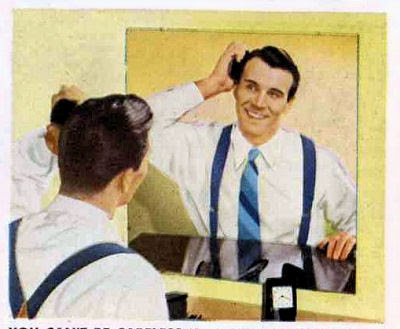 I have already claimed that in spite of my homeless existence, I do not smell too bad (at least in as far as I can smell myself). To what do I attribute this mellifluous non-odorousness?

Simple: I belong to a health club chain and shower regularly. My current club, 24-Hour Fitness™, has gyms all over the West and a few cities in the East, including most of the warm places I hang out (like Las Vegas, Los Angeles, San Diego and Miami). When I'm driving cross-country, I'll often plan my journey so that I hit one at regular intervals.

If I spent more time in other parts of the country, I might choose a different chain, like Bally Total Fitness™. The actual "gym" component is not significant, since I only use the treadmill, the shower and the hot tub (if available). The important thing is that the chain have a wide network of locations. My current membership costs me only a pittance, since I signed up years ago and get a low annual renewal rate, but if you came in off the street, you might expect to pay $40/month for a national membership like mine (less if you pre-pay for longer periods). That's still a small price to pay compared to $600+ rent on a room or apartment with a shower attached which would tie you down to one location.

I don't find it necessary to be excessively clean, though. I don't mind going a few days without a shower. To bathe every day, especially when you haven't been sweating or doing anything dirty, often seems a bit excessive and culturally driven. Back in the good old medieval days (the inspiration for much of my lifestyle), you'd be lucky to bathe once a month! Since I am frequently on the move, I shower when it's convenient, and skip it for a day or two when it's not.

When traveling in Europe, I'll usually stay in a hostel at least every other day, where (semi) hot showers are provided. Hostels are certainly easier to find in Europe than health clubs and are probably cheaper! (More on hostelling later.)

Many truck stops have showers for rent, but for non-truckers the price is usually high: $15 or more. It might be something to consider in long cross-country hauls.

If none of these options were available, I might consider checking into a conventional motel for a shower (preferably a unit of the French-owned Motel 6™ chain or their sister in Europe, Hotel Formule 1™). but I haven't been pushed that far in long time. If I have solved the safe-sleeping problem and the shower problem, a dedicated room seems a waste to me. There are usually better things I can do with the money. (The only times in recent years that I have used motels was when traveling with teenagers. I stick the youth in the room so I can sleep in the car in peace!)

Of course, showering is only one element of personal hygiene. I also own a battery operated toothbrush (a SonicCare™). I carry it everywhere with me and brush my teeth regularly, regardless of the circumstances. A little-known fact is that you DON'T NEED WATER to brush your teeth; you just need toothpaste, and your own saliva provides the only wetting agent required. Running water is handy only to rinse off the brush afterwards, but lack of water never prevents me from brushing.

I shave with a brand-name rechargeable electric shaver. If you are used to shaving with a wet blade, the electric takes some getting used to, but it works almost as well with a lot less mess and effort. Having the razor always in my bag means I can shave every day and never skip some days like wet-razor users often do (making them look like cavemen).

I wash my clothes when needed, usually at a facility called a "Laundromat". At this independently-owned commercial business, found in all cities and significant towns, you can rent a cleaning or drying appliance by placing quarters into it. (You should visit a supermarket first for laundry detergent.) For me, this event happens twice a month at most.

My standards for clean clothes may differ from yours. I change my socks and underwear every day, but the outer clothing is negotiable. When I go away for a trip of several days, I may carry no change of clothes except socks, underwear and whatever special attire I need for the climate (typically short pants, which are also used as a swimsuit, or an extra sweatshirt in colder climes). All of this fits in my carry-on bag. I usually wear the same pants for the whole trip. The next thing to go rank after the socks and underwear is ones shirt so I may bring an extra one.

Naturally, my wardrobe is chosen for its functionality not its fashion sense, but I do make a reasonable attempt to appear superficially normal. I avoid drab "homeless" colors and try to look colorful and country clubish. For the socks and underwear, I go First Class, buying them directly from the Evil Mega Mart™, but I tend to acquire other clothing along the way at thrift stores and garage sales.

My clothing inventory is stored at my "Supply Base"—currently a storage unit in Las Vegas. (I have often considered adding units in other cities, but this one serves my needs for now.) I return here at regular intervals and exchange my dirty clothes for clean. When my generous supply of clean socks and underwear is exhausted, I make a Laundromat run (which is only a couple of blocks from Supply Base).

Now, as to that other delicate element of personal hygiene, human waste, I could write an extensive treatise on the subject, and I very well might someday, but it's really quite simple: You use public restrooms when available and nature when they are not.

Since I tend to gravitate to the woods of suburbia when I camp, the same isolation that hides my presence also allows me to freely eliminate. It's ALL NATURAL, for chrissakes, so what's the big deal? Nature can absorb a reasonable amount of urine and all the poo you can dish out. The only thing besotting to nature is the big wads of toilet paper that non-professionals often leave behind. I try to use small amounts of t.p. and discretely bury mine under the leaves so it can degrade invisibly.

Every major highway has rest areas and every Evil Mega Mart™ has rest rooms. The only place you might find yourself in a bathroom bind is in a dense urban center like mid-town Manhattan. In this case, you have to plan ahead, as well as limiting your fluid intake so you don't have to pee so often. (It is better to carry a bottle of water than to drink it when you don't need it.) Since I don't dally for long in any urban center (except when staying at a hostel), the lack of rest rooms is rarely a problem for me.

A major factor in restroom need is fluid intake. Most people tend to take in far more liquids than they need, due largely to their caffeine and alcohol addictions. I contend that if you can eliminate caffeine alone from your life, you'll cut your bathroom breaks in half.

Occasionally, you may be trapped in an enclosed area, like a storage unit or a van, where no bathroom facilities of any kind are available. What do you do then? Well, the pee goes in a bottle and the solid waste goes in a plastic grocery bag. The bottle can be dumped down a drain or into some bushes when it is convenient. Just make sure it's an area exposed to rain so it eventually washes away, avoiding "subway odor". (Incidentally, urine has almost no odor in the dry desert, only in damp and humid areas.)

And getting rid of the plastic bag? That's more complicated.

I've conducted extensive research into the matter, and here is my essential finding: Poop stinks. Okay, everyone in the world knows that, but what you probably didn't know is that poop stinks even in a plastic bag. Turns out, plastic holds water inside but is permeable to odors. If you sealed the bag and threw it in a trash bin or dumpster, the whole area would soon stink to high heaven! The bag prevents the waste from drying out or decaying, so it continues to actively generate odors. And it's the worst kind of odor known to man, permeating everything.

The odor-passing characteristic of plastic was illustrated by an old television ad comparing two brands of food wrap. On one side was a slab of meet wrapped in a hundred layer of saran wrap (i.e. plastic). On the other side was a similar piece of meat wrapped in only a single layer of Brand X wrap. A bear is presented with both packages, and he goes directly for the saran wrap, because he can smell the meat inside. He ignores the Brand X-wrapped meat, because no odors get through.

What is Brand X? Reynolds Wrap™—i.e. aluminum foil! It passes no odors.

So now you know that if you want to discretely dispose of human waste—or for that matter, baby diapers or dismembered body parts—you should wrap them in aluminum foil to hide any telltale odor.

Is it morally or environmentally wrong to throw away human waste in the trash? Baby diapers are routinely thrown away, aren't they? That's all you can do with them. Nowadays, in industrial countries, nearly all trash goes to secure landfills where it is essentially entombed for eternity. There is no significant biological activity in a landfill; it just sits there, compacted, for centuries, but at least it isn't using up any resources apart from the land it's on. On the other hand, whatever you flush down the toilet requires huge resources for processing. There's the 2-4 gallons of water you flush down with it and the complex, energy-consuming treatment process at the other end. If you add up all the costs, landfilling your ordure is probably much friendlier to the environment.

But the most environmentally friendly solid waste disposal method is to shit in the woods. It's your patriotic duty, so do it often!
Posted by Glenn Campbell at 4:32 PM