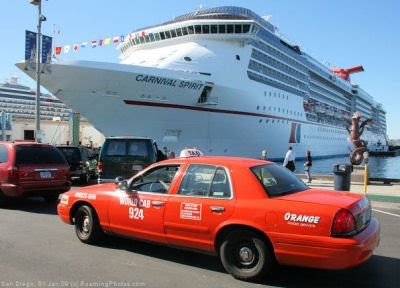 Last night was my 4th night sleeping "in the wild" in San Diego. (I left for one night to attend to some business in another city.) It's getting easier all the time!

I am writing now from the library of a local state college, which is open to the public, has long hours,and offers free WiFi. I have a cubicle desk to work on, power for my electronic devices, good lighting and a comfortable ambient environment. Restrooms are around the corner, and fast food is only a short walk across campus. What more could a cyber based life form ask for?

Honestly, this library is really my home in San Diego! If I had a traditional house, I'd still be spending the vast majority of my time doing exactly the same thing: confined to a 3- by 6-foot space staring at a computer screen. but look at all the advantages I have here: zero cost, zero maintenance, zero anybody telling me what to do. I've got to behave myself, in that I can't walk around in my underwear or whistle to myself as I might do if the space were totally mine, but this is a small price to pay for the free work area.

Of course, I'm a bit of a freeloader here. Somebody paid for the building (primarily the taxpayers of California back when the state was solvent), while I'm not paying a cent. I don't feel bad about it, though. They choose to let the public in, and I could be seen as supporting the goals of a university, the pursuit and distribution of knowledge.

In fact, apart from a few Ivy League and inner-city colleges, most college and university libraries everywhere are open to the public. They are usually much more comfortable to work in than public libraries. However, unrestricted WiFi is somewhat unusual. More common, at least for big universities, is that you need to be a student or faculty member to log on.

If I didn't have easily available WiFi, I might be forced to get an internet card for my laptop, which costs about $60 a month for service. I have had this previously, but I am resisting it now for both financial and philosophical reasons. If I have internet access all the time, I am tempted to use it all the time, and I often get sucked into unproductive diversions. When I have WiFi for only part of the day, if forces me to actually "think," sans internet, for a portion of the day and plan what I am going to do before I do it. I think I actually get less useful work done when I have full-time internet access than I do when I have to hunt for free Wifi.

Tonight, here in beautiful San Diego, I am facing a new challenge: rain. It is supposed to come down steadily for the next three days. I could use my Magic Pass to flee the storm, but that would be cheating. I'm going to accept the challenge and ride it out. At least I know that, this being San Diego, there will be blue skies on the other side.

Yesterday, I visited Supply Base (a storage unit in another city) and brought some camping equipment back to San Diego. Lest you think I am cheating at the game, these are things that I could have obtained locally, but I didn't want the extra expense. I brought my mummy sleeping, worth about $35, to put inside the $9 one from the Evil Mega-Mart for extra warmth. I also brought some cut-off jeans to use as a bathing suit so I can soak in the Jacuzzi in the health club on the nights when the rain is too much.

I also brought one critical thing: A $20 dome tent. It is quick to set up and, very importantly, is a drab charcoal color that won't draw attention like a brightly colored one. (Similar tents are often on sale at big sporting goods stores for $20-30. Check the Sunday newspaper circulars.) The tent is my key to survival in the rain. If it works, I'll be okay for those three 7-hour hibernation sessions until the rain stops. If it doesn't work, it could be a miserable 3 days, and worse yet, my electronic equipment might be at risk.

Whenever possible, I prefer not to use a tent. It cuts me off from my environment and actually makes me feel more vulnerable. For example, if I hear a sound, I can't look up to see what it is. In the desert, you don't usually have to worry about rain or mosquitoes, so sleeping in the open is my usual M.O. (I'd like to say that I enjoy looking up at the stars, but when you're asleep it doesn't make a wit of difference.)

Do I fear anything in the desert? No, I have been camping in the desert for many years, and I have no fear whatsoever. Rattlesnakes? Mountain lions? They are smart enough to stay away from something that is bigger than them. I've encounters tarantulas and scorpions on rare occasions, but they just want to stay away. Although the desert has a reputation as a tough place, there is remarkably little here to hurt you. Humans, of course, are a different matter: They CAN hurt you, but I think I have them pretty well figured out, too, and can avoid contact with the dangerous ones.

I admit, however, that I don't have much experience with this "rain" business. I understand it's a condensate of some sort, falling spontaneously from the sky. It affects thermal conductivity and heat retention, I understand. If it gets on your clothes or in your sleeping bad, it makes it a lot harder to stay warm. That's the theory at least. I'll have to experience rain for myself and report back to you.

Right now, all my camping supplies are at the campsite, hidden in the bushes under a tarp. There's about $65 worth of stuff there. (That is, it would cost me $65 to replace.) This is a sum I am willing to risk by leaving it there. Yes, my tent and sleeping bags could be stolen, but if they are I will simply replace them and find a new site. It's still nothing compared to a monthly rent of $1000, which is common here.

If the rain is still steady in the morning, I think I'll leave the tent up, perhaps for the whole three days. I think it will be invisible from all sides, and the rain makes it even less likely that someone will slog through the grass and brush to find it. It's a calculated risk. There may be a slightly greater chance of discovery (the cost) but also a greater benefit in coming back to a dry "home". After the rains, I'll take the tent down again.

Camp Site Alpha, as it shall be called, has served me well for the past four nights. I come in after dark and leave before dawn and have encountered no humans along the way nor any signs of human activity anywhere near the campsite. Still, when the rains end, I will want to diversity. I will be looking for a Camp Site Beta in a different location. Perhaps it will be more remote. I could try using the bus system to get as far away from built up areas as possible.

After Camp Site Beta, I might even establish a Camp Site... whatever the Greek letter is after Beta. Tango or something. (I'll have to look that up on the internet.)

Although most of my waking time is spent in the library, every day I try to explore my world a little more. Every day, I try walk away from my usual tracks and see what's around the next corner. I am assembling an inventory of the services I may need in the long run: a branch of my bank, a Laundromat, public libraries, post offices, 99 cents stores, grocery stores, etc. I'm also looking for nearby mountains I can climb so I can get a better view of my world.

It's all standard operating procedure whenever you land on a new planet.
Posted by Glenn Campbell at 6:58 PM